It was the first time I had musical and inspirational synths in my setup and a better sequencer: Cakewalk. I used to have many ideas but could never afford the equipment that I needed. The situation was still the same, but at least I had something to start and to explore with. Most of the inspiration came from the countryside, where I grew up, and of course the music was listening to. But still, trying to find my own style.

Dreamwaves, The Sky’s the Limit, Digital Edge, Fields of Motion were made in 2000: I saved a bit of money and added a few synths to setup: Waldorf Microwave XT, Quasimidi Rave-O-Lution 309 (drum and synth expansions) and replaced JV-1010 with JV-1080. Microwave and Rave-O-Lution had a quite raw(digital) and harsh tone and JV-1080 sounded better than JV-1010 probably because of the A/D-converters. It was very tight and fast compared to later models so I could use it for e.g. drums. It didn’t sound great in solo but sat in the mix very well even without effects. Quasimidi had ok drums, but synth engine was very limited. I used the synth engine for some additional bass and background stuff. For example, you can hear liquid-sound in background of Dreamwaves which is coming from Quasimidi.

Fade the Space was the last track I made in 2001. Quasimidi Rave-O-Lution 309 was replaced with Quasimidi Sirius. I got an analog drum synth Jomox Airbase99. Additional drums were coming from Roland JV-1080. I also got Novation Nova and Waldorf Micro Q. Other sounds were coming from Yamaha AN1x, Waldorf Pulse and Waldorf Microwave XT. Even it’s quite techno’ish track, it was the first time I get interested of dnb-type tracks. After few years I made the album Silently which has more that genre. Of course, jungle and breakbeat were familiar from the 90’s and the DJ-times.

Darkness & Light and Liquid Minds was made in end of the 1999 and early 2000 when I got Roland JD-990 with vintage expansion. Other synths were Waldorf Microwave XT / Pulse, Roland JV-1080 and Yamaha AN1x. I used Pulse for bass, JD for lead, AN1x for pads, JV-1010 for synthstab and drums in Darkness & Light. I had Turtle Beach Pinnacle soundcard which allowed to play samples from it’s own few megabyte memory. So, I used it for additional drums in Liquid Minds. Guitar-type lead and arpeggio-type synth was coming from JD-990 and bass from AN1x in Liquid Minds. 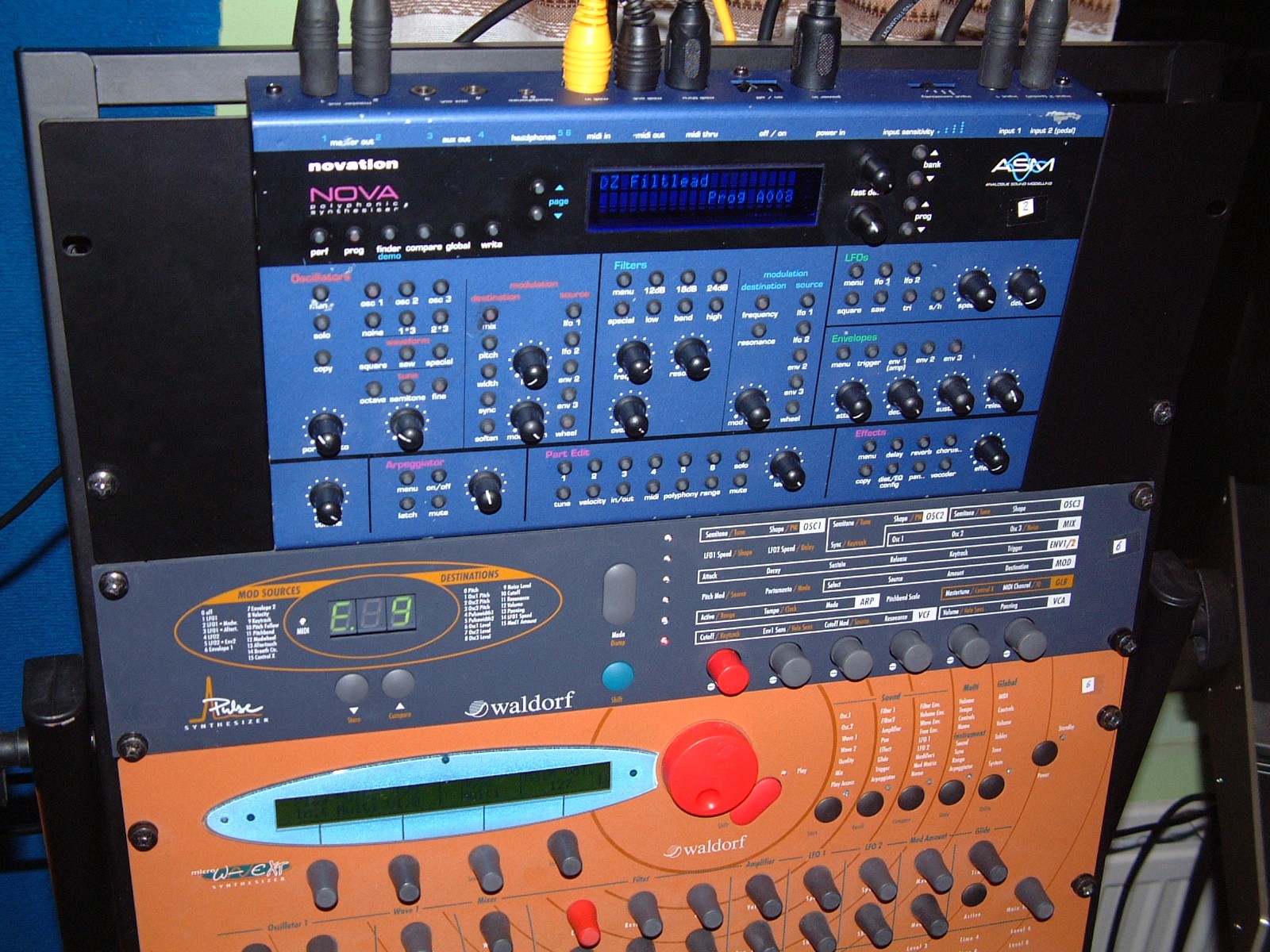